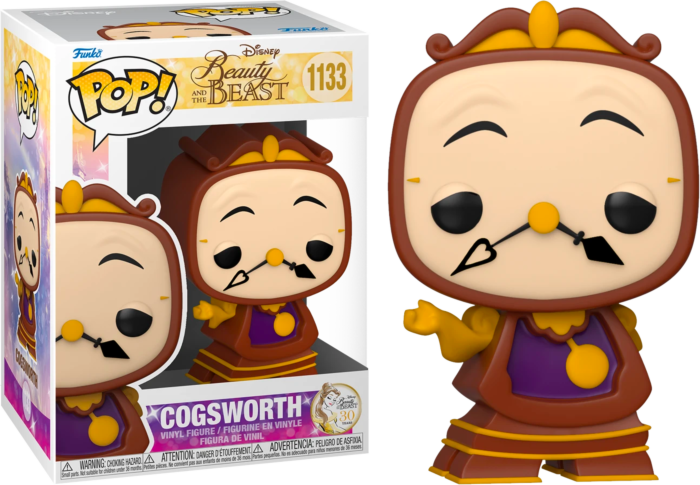 Can you believe it's been 30 years since Disney's iconic Beauty and the Beast first hit the big screen? Not only did it win over the hearts of fans, but also that of critics, becoming the first animated film to win the Golden Globe for 'Best Picture', as well as the Academy Awards for 'Best Motion Picture Score' and 'Best Original Song', and nominated for 'Best Picture'.

To celebrate this incredible film, Funko have released their new Beauty and the Beast 30th Anniversay Pop! Vinyl Figures.

Here we have Cogsworth, the Beast's majordomo, the head butler of the household staff and Lumière's best friend, who has been turned into a pendulum clock.