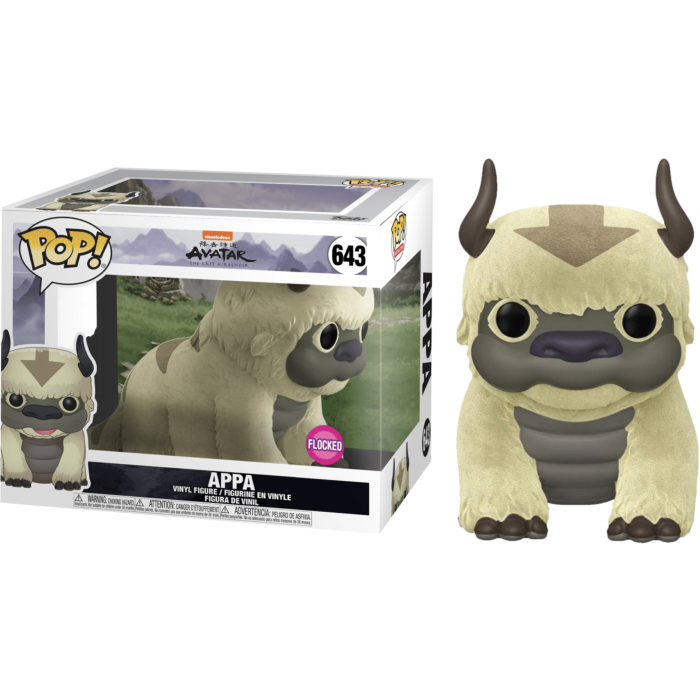 Since premiering in 2005, Nickelodeon's hit series Avatar: The Last Airbender has gone on to earn critical acclaim from fans worldwide.

The series is set in an Asiatic-like world in which some people can manipulate the classical elements with psychokinetic variants of the Chinese martial arts known as "bending". It follows the protagonist, twelve-year-old Aang and his friends, who must bring peace and unity to the world by ending the Fire Lord's war with three nations.

This Pop! features Appa, Aang's loyal sky bison, who shared a strong bond with Aang and with Momo, as they were all some of the few remaining traces of the Air Nomad civilisation. At a whopping 6" on length, this Pop! truly encompasses the size of Appa, topped off with a realistic flocked fur finish!

Truly one of the coolest Pop! Vinyl releases of 2019, don't miss out on adding the 6" Flocked Appa to your Funko collection today.