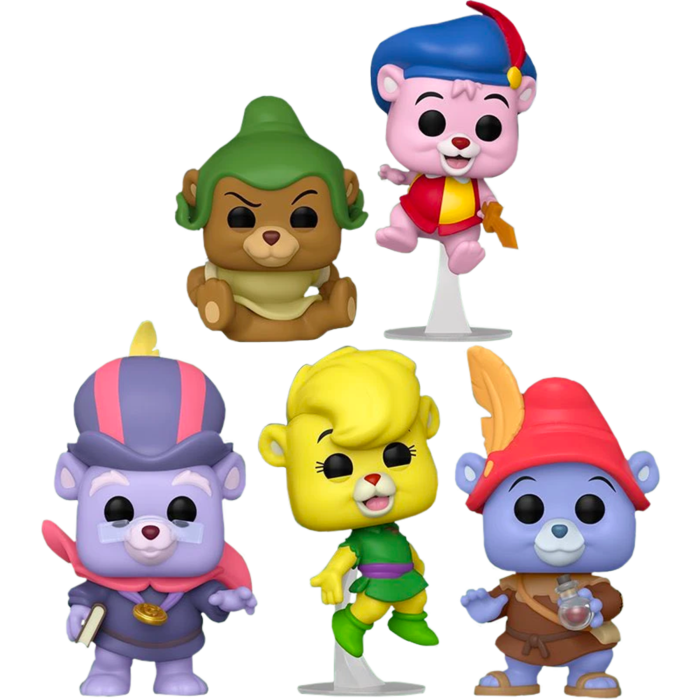 When they’re not bouncing here, there and everywhere, those adorable Gummi Bears are now looking to bring joy to your Funko collection.

Disney’s Adventures of the Gummi Bears was a hit animated series that aired for six seasons from 1985 to 1991, which follows the Gummi Bears as they live out their lives producing Gummiberry Juice,a s they try and avoid Duke Sigmund Igthorn and his clan of Ogres.

Funko’s new wave of Gummi Bears Pop! Vinyl Figures features five of your favourites from the series including the youngest, Cubbi Gummi, who dreams of being a knight, the old-fashioned Gruffi, the overweight Tummi Gummi, the princess-to-be Sunni Gummi, as well as the leader of the Gummi Bears, Zummi Gummi.

All this talk about Gummi is making me hungry, and I’m sure it’s having the same effect on you, so wet your appetite by adding there Gummi Bears to your Funko collection today!