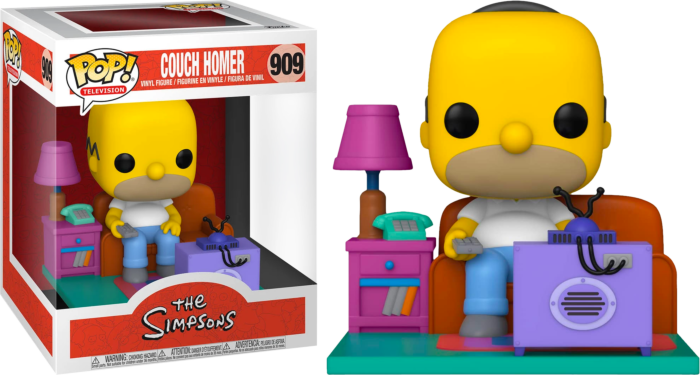 It’s official, the most cromulent Pop! Vinyl Figure has escaped from the Springfield Nuclear Power Plant and is looking to embiggen your Funko collection.

Here we have everyone’s favourite TV dad, Homer Simpson, doing what he does best… sitting on the couch watching television! It’s one of more iconic visuals of the show, and now you can showcase it in your collection. Mmmmm.... Deluxe.

So do you wish to look as happy as me? Well, you've got the power inside you right now. So, use it, and send your dollarydoos to Popcultcha, Geelong, Victoria. Don't delay, eternal happiness is just a Simpsons Pop! Vinyl away.