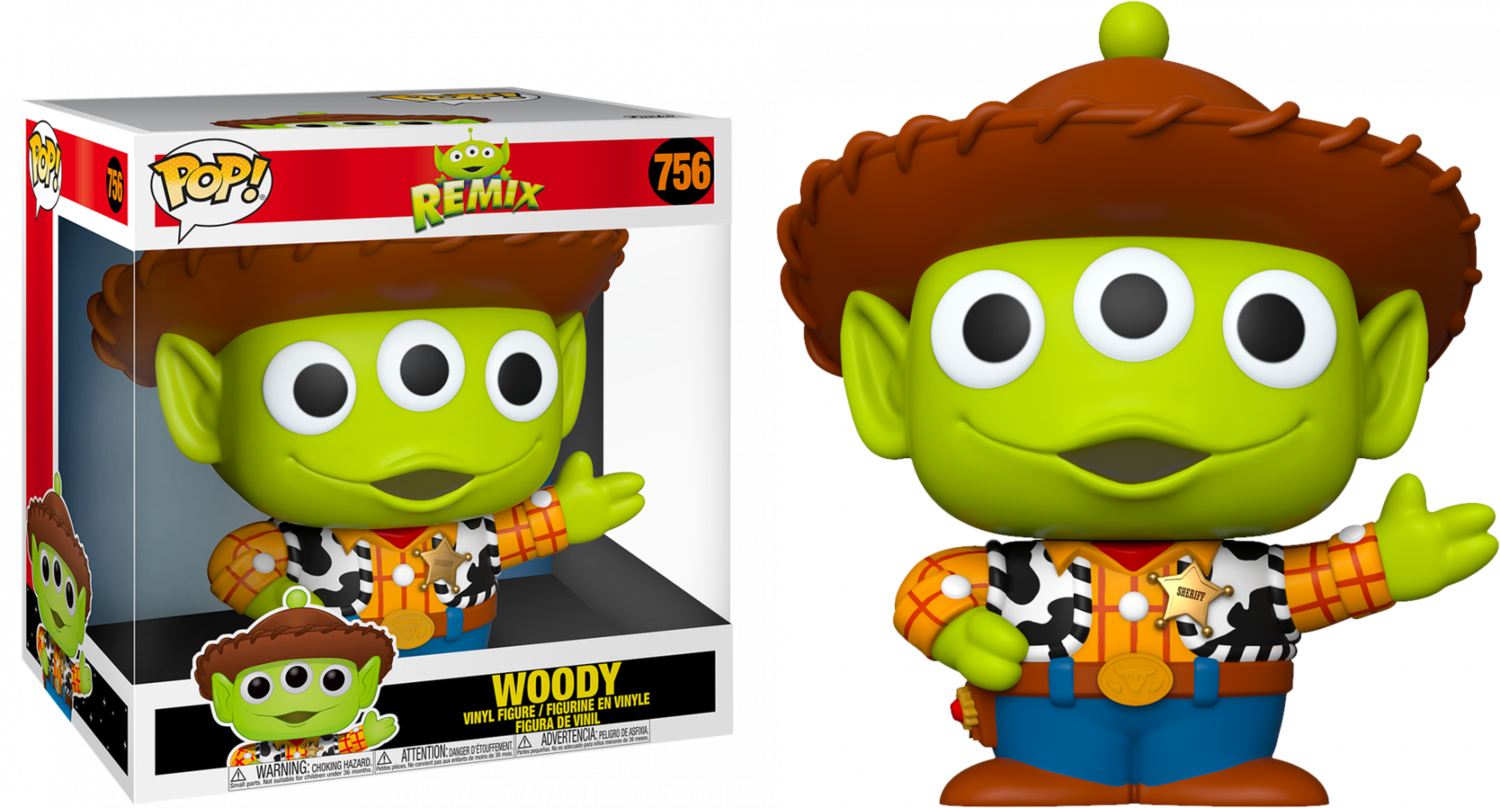 Let’s be honest, it’s hard to find a Disney character more adorable than the Alien from Toy Story. First seen in the claw machine at Pizza Planet, this little guy quickly stole the hearts of fans worldwide, and now he plans to steal them again with Funko’s exciting new wave of Alien Remix Pop! Vinyl Figures, featuring the spaceman as various Disney characters.

Here we have Alien dressed up as his ol' pal Woody, complete with cowboy hat. However what makes this such an amazing piece is that it stands at a whopping 10" tall! Truly the perfect centerpiece for any Disney collection.

If there was ever a set of Pop! Vinyl Figures worth collecting, THESE are the ones! Seriously, how could you not want all of these little cuties bringing a smile to your face every time you look at your collection?!

The Alien Remix Pop! Vinyl Figures won’t last long, so be sure to order yours today. After all, you’ve always got a friend in them!