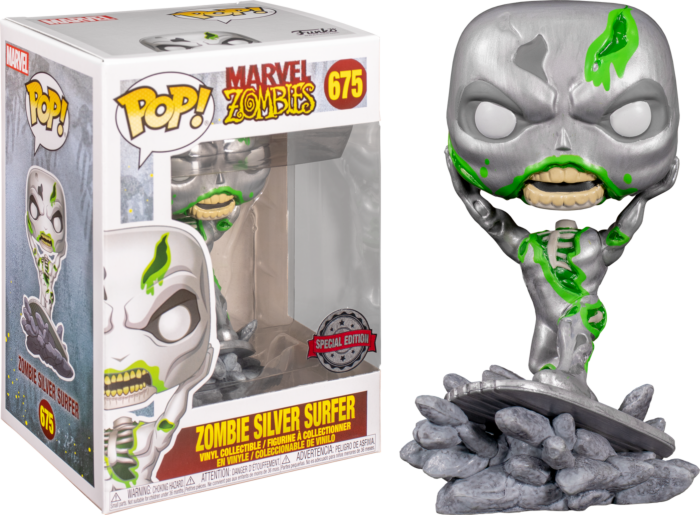 Ever wondered what would happen to your favourite superheroes and villains if a zombie apocalypse ever broke out? Well as we learn in the epic Marvel Zombies series, (written by Walking Dead creator Robert Kirkman), their powers aren't exactly immune to any virus.

Funko's terrifying new range of Marvel Zombies Pop! Vinyl Figures may just be our favourite Marvel releases in quite some time, boasting zombified versions of our favourite heroes and villains including Deadpool, Hulk, Mysterio and Wolverine.

However who we have here is someone who is so evil, the only way to mkae him more dangerous was to zombify him... it's Silver Surfer!

Put it this way, if their superpowers aren't enough, their appearance alone is enough to scare the hell out of anyone! Add the new Marvel Zombies Pop! Vinyl Figures to your Funko collection today.