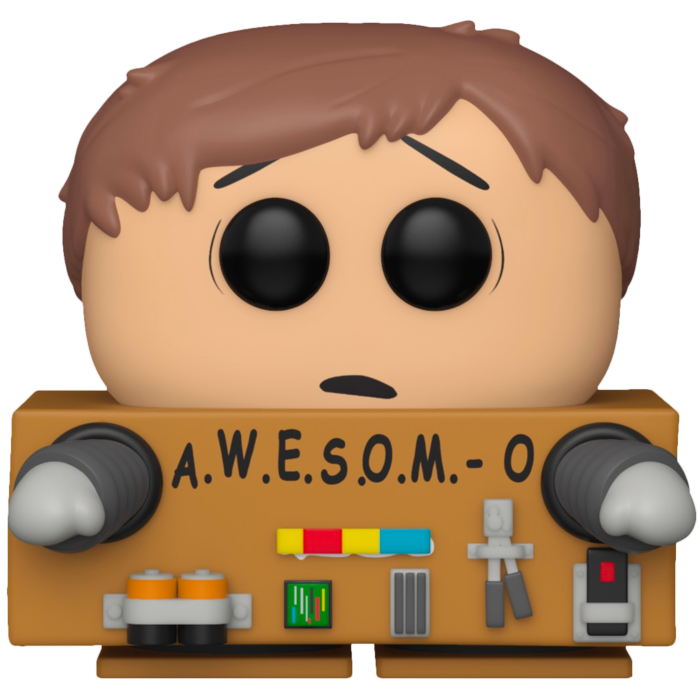 "Goin’ down to South Park, gonna have myself a time!"

Yes there certainly are friendly faces everywhere in the small town of South Park, Colorado, and now there’ll be a new wave of South Park Funko Pop! Vinyl Figures!

After launching in 1997, it’s hard to think of any other show that’s been so controversial AND critically-acclaimed, all at the same time. To this day, South Park is still one of television’s most beloved programs as they continue to produce some of the sharpest writing on the silver screen.

The latest wave features our favourite in some of hteir hilarious alter wegos including Butters as "Marjorine", Jersey Kyle, Shadow Hachi Stan, Faith + 1 Cartman, Princess Kenny, as well as Awesom-O!

Now that's the standard wave, however what we have here is the Exclusive Awesom-O, except this time he comes unmasked.

So respect my authoritah and add the new "kick ass" South Park Pop! Vinyl Figures to your Funko collection today!