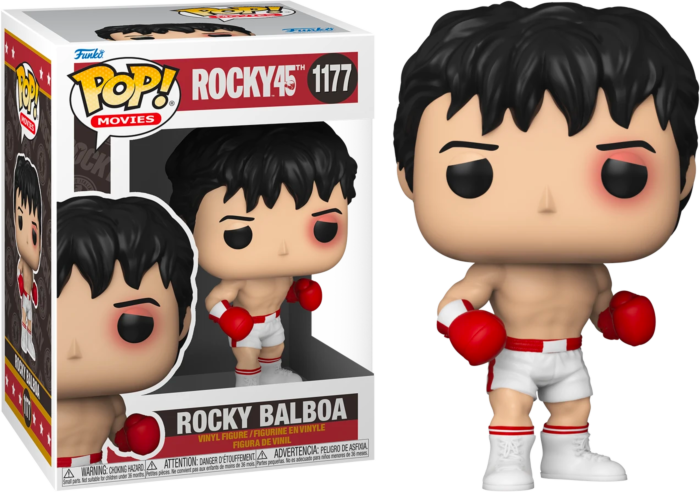 Here we have Rocky wearing his boxing tights and looking battered and bruised after his bout with Apollo Creed.

Prove you've got the eye of the tiger by adding the new Rocky Pop! Vinyl Figures to your Funko collection today.