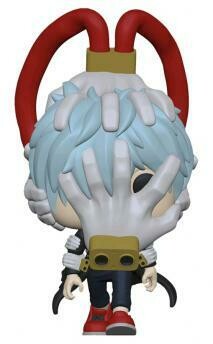 All your favourites from the highly successful Japanese superhero anime series My Hero Academia are bringing their Quirks to your Funko Pop! Vinyl collection!

My Hero Academia follows the story of Izuku Midoriya, also known as Deku, an average middle school student in a world where people with superpowers (known as “Quirks") are the norm. Deku dreams of one day having a Quirk of his own, so that he too can call himself a hero, especially since he is always bullied at school.

Here we have Shigaraki, real name Tenko Shimura, who is the leader of the League of Villains and the main antagonist with the goal to kill All Might to destroy society as it's known.