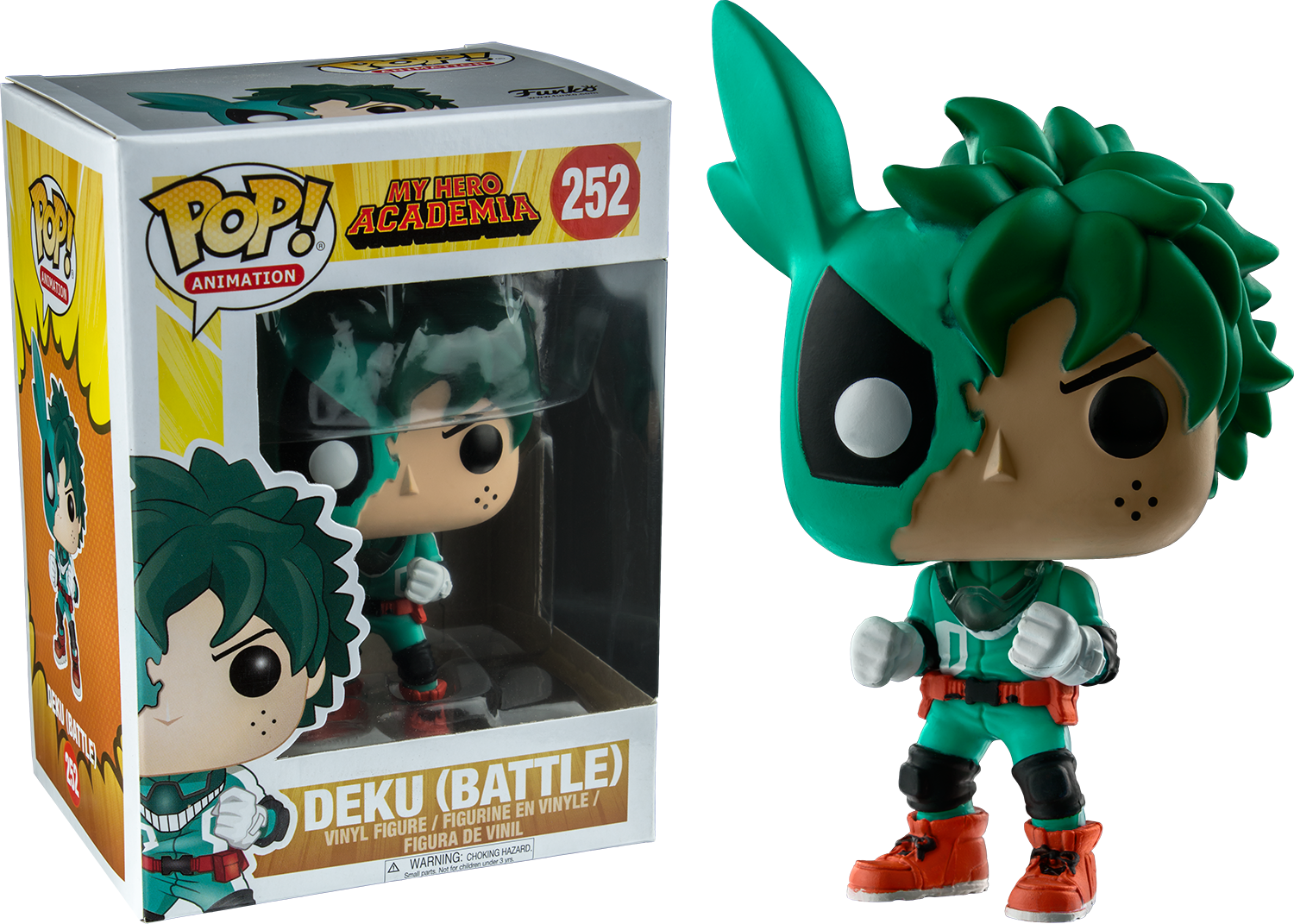 Here we have the “One For All” hero himself, Deku, complete with his iconic green hair and frackles. However he’s now showing some signs of battle damage, but that doesn’t mean he still isn’t ready to take on any villains he may come across in your Funko Pop! Vinyl collection!