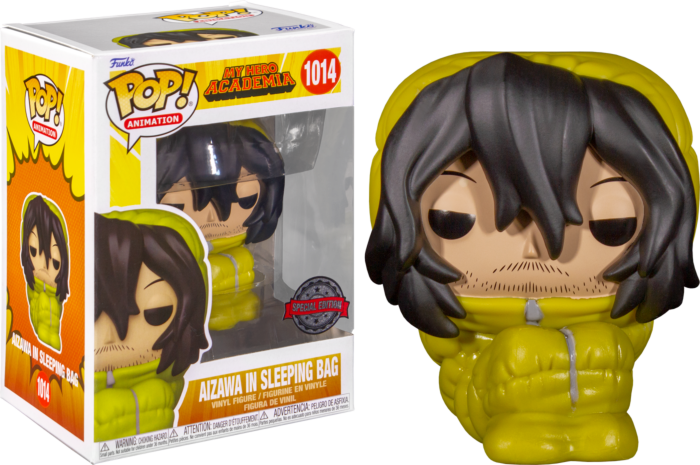 Here we have Shota Aizawa, complete in his sleeping bag.