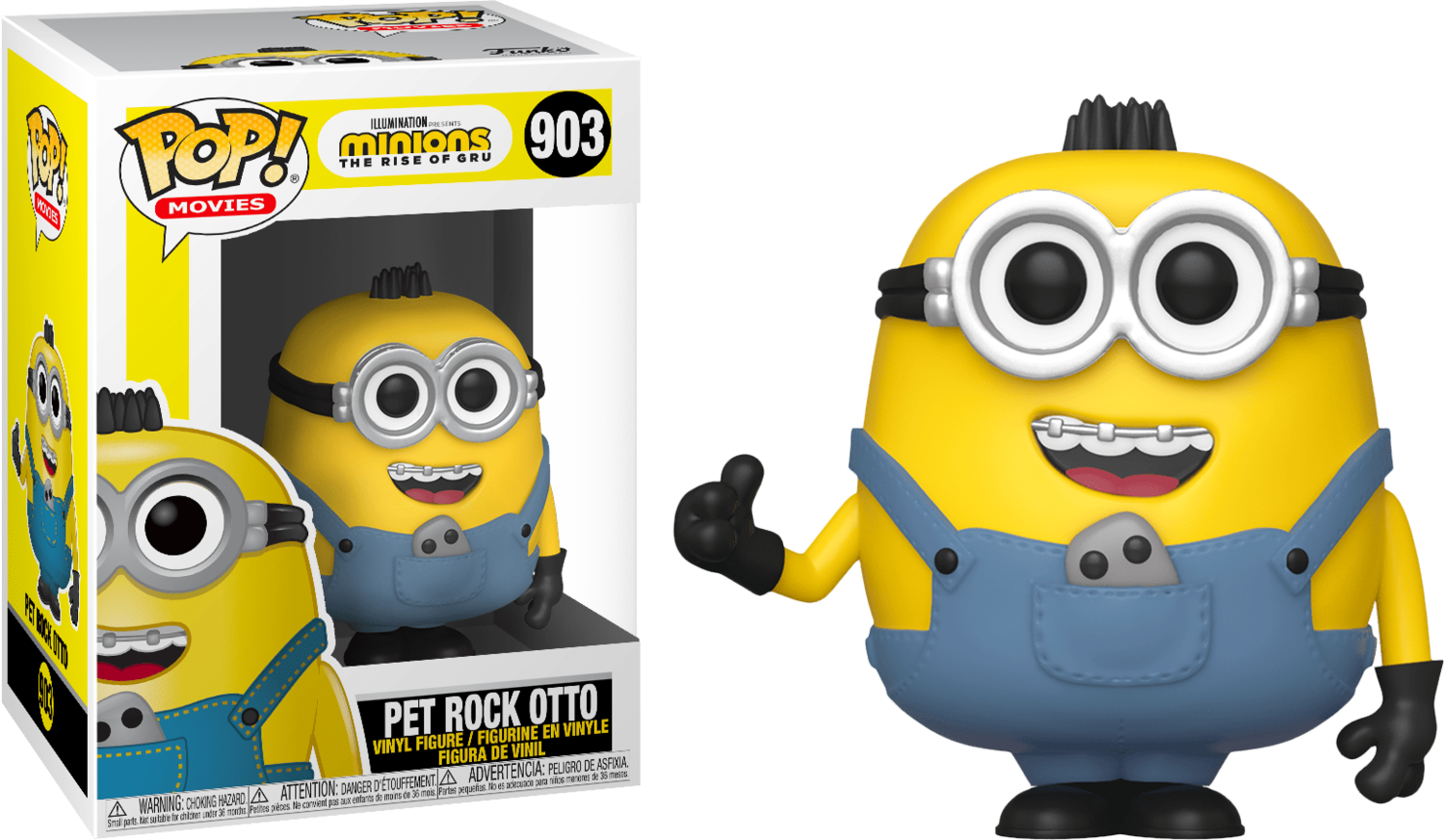 It’s hard not to love the Minions. They’re like the Gremlins, except less blood-thirsty and actually want to help you instead of eating you, which is always a positive in my book. Another positive being that they're now returning to the big screen in Minions 2: The Rise of Gru.

A continuation of the smash-hit Minions film, Minions 2: The Rise of Gru is this time set in the heart of the 1970s, where a twelve year old Felonius Gru is growing up in the suburbs. A fanboy of a supervillain supergroup known as the Vicious 6, Gru hatches a plan to become evil enough to join them.

So as you can imagine, those wild and outrageous Minions are ready to take over the world once again through an exciting new wave of Funko Pop! Vinyl Figures.

This wave not only features an adorable Young Gru, but you’ll also find a new range of Minions including Pajama Bob, Roller Skating Stuart, 70's Bob, Kung Fu Kevin, as well as this Pop! featuring Pet Rock Otto, who comes complete with his adorable Pet Rock in his front pocket.

We can’t guarantee your life will be any easier with a Minion by your side, however it will certainly be more interesting. Add the new Minions Pop! Vinyl Figures to your Funko collection today.Minions 2: The Rise Of Gru - Pet Rock Otto Pop! Vinyl Figure
Save this product for later
Display prices in: AUD