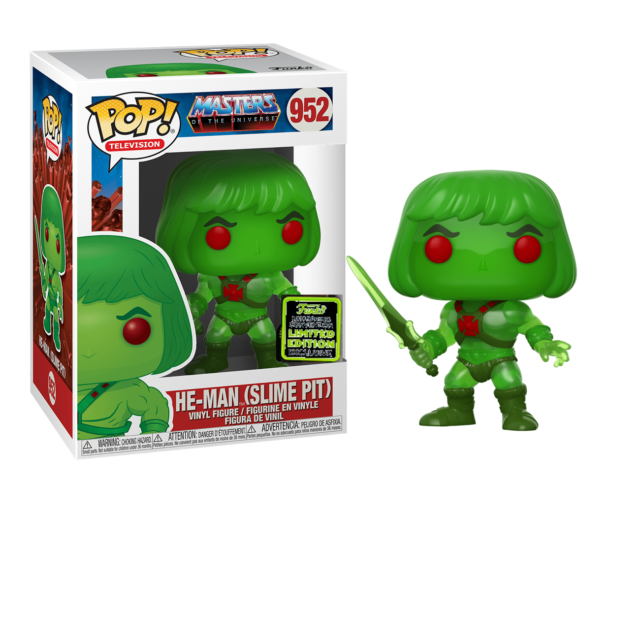 If you ever find yourself lost on the Planet Eternia and are in need of dire help, look no further than the Heroic Warriors of the Masters of the Universe!

Masters of the Universe was a successful line of action figures, released in the 80s that spawned a television series, film and more, earning its place in pop culture infamy.

The original Slime Pit belongs to the Evil Horde and is a dinosaur skull-shaped device with a claw, which Hordak uses to trap Eternian Warriors inside it. The dinosaur head then tips forward to coat its unfortunate victim with slime.

In the MOTU universe, the effect of the slime transforms everyone covered by it into a lumbering, mindless slime-monster, stripped of their own free will, and instead carrying out Hordak's evil bidding. Unfortunately for this new He-Man Pop!, he's been slimed!

An absolute must for any true Masters of the Universe fan, add him to your Funko collection today.