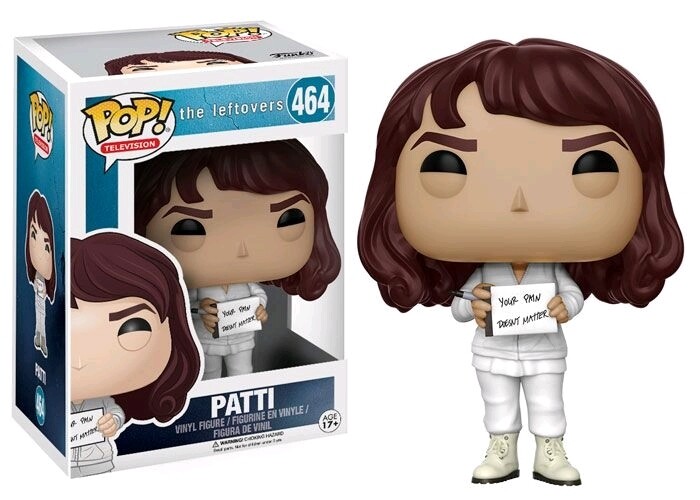 Straight from Mapleton comes this new line of Funko Pop! Vinyl Figures featuring the cast of The Leftovers!

The Leftovers starts three years after a global event called the "Sudden Departure", the inexplicable, simultaneous disappearance of 140 million people, 2% of the world's population, on October 14, 2011.[8]Following that event, mainstream religions declined, and a number of cults emerged, most notably the Guilty Remnant.

Here we have Patti Levin, the leader of the local chapter of the Guilty Remnant, holding up a “Your Pain Means Nothing” sign.