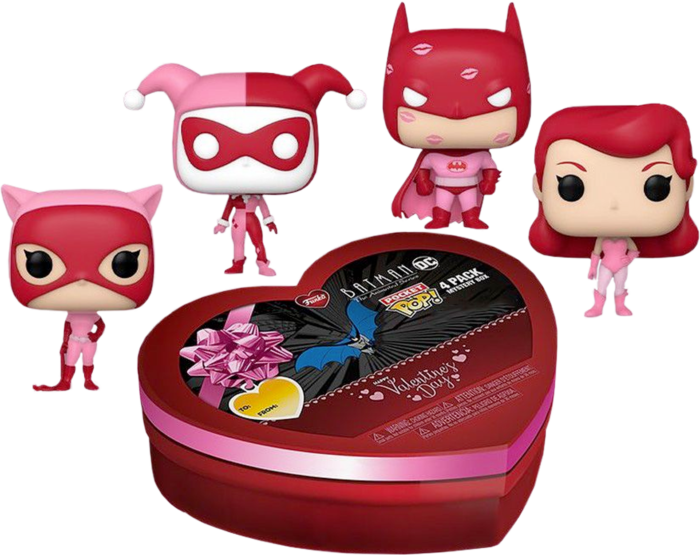 Valentine's Day is the time of year to show that special someone just how much they mean to you, usually by spending ridiculous amounts of money on overpriced roses and chocolates. However this year we've found a gift that'll trump anything you may have had in mind, it's Funko's adorable new Valentine’s Day Heart-Shaped Box Pocket Pop! Vinyl Figure 4-Packs!

Packaged in a stunning Valentine's Day-themed heart-shaped box, each set contains Pocket Pop! Vinyl Figures that will surely earn you some brownie points.